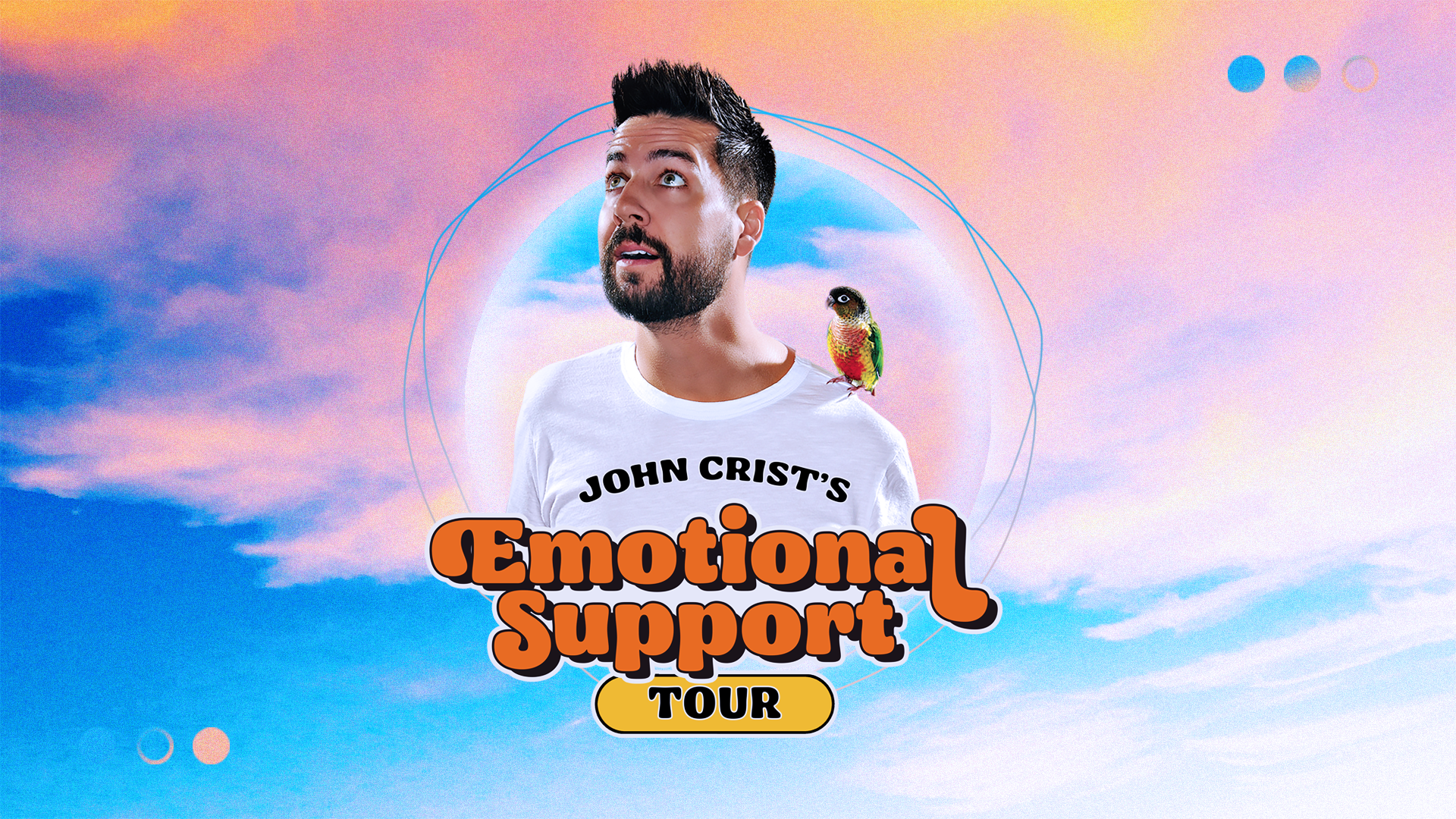 John Crist is one of today’s fast-rising stand-up comedians, with more than one billion video views,
over five million fans on social media and sold-out shows from coast to coast making Pollstar’s Top
100 Global Tours list in 2019 with over 197,000 tickets sold. Widely known for viral videos like
“Honest Football Coach,” “Every Parent at Disney,” “Brands that need to be CANCELLED” plus
hundreds more. John Crist has performed all over the world and in 2021 began his multi-city
national theater tour called “Fresh Cuts” selling out theaters all over the United States. John has
been seen on ESPN, Sports Illustrated, CBS Sports, Barstool Sports, and Buzzfeed just to name a
few.

In 2022, John released his second special named, “What are We Doing” on YouTube and is set to
release his first book “Delete That” in the fall. John also has a weekly podcast called “Net Positive”.
When asked where he finds the inspiration to write jokes, Crist says, “I grew up in the deep south,
my dad is a pastor, and I was the third of eight homeschooled children. My first job was at Chick-fil-
A. Coming from a background like that, how do you NOT write jokes?!”
And he’s on tour now!

·  Meet and Greet / Photo with John

—
Please note visitor information on our website including our bag policy which prohibits bags larger than 5″x7″ learn more at www.templetheatre.com/visitorinformation