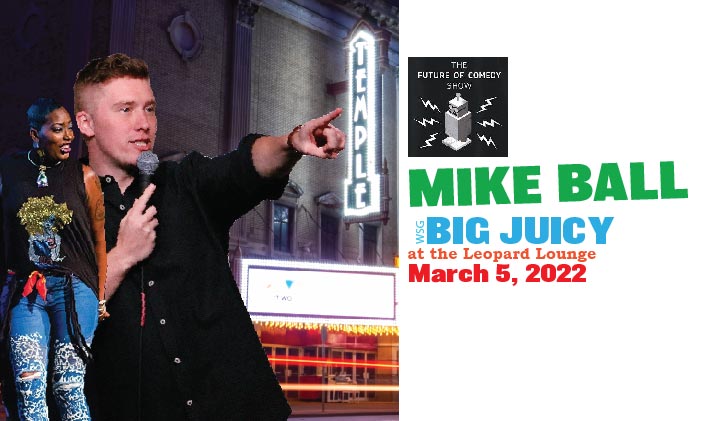 From Saginaw, Michigan all the way to Los Angeles California, Mike has been carving his way with his unique, in your face style of comedy. When he first started off he was an intern for Pauly Shore at The World Famous Comedy Store. From there he started working regularly at the Haha Comedy Club. He did this all while living in the back of his Pontiac Aztec on Venice Beach. Mike has taken all of what life has given him, and turned it into a comedy act that can be described as tenacious. No two shows are exactly the same! At a Mike’s show you can always expect crowd interaction, guitar improv, and hilarious stories about girlfriends, family, and friends!

Mike has had the chance to open up for comedy legends Ralphie May, Dave Landau, Norm Stulz, and Rob Little just to name a few. Currently, Mike is producing the comedy series “The Future of Comedy Show” which is featured in venues across Michigan.

Niecole Middelton aka Big Juicy a 20 year veteran of comedy. Originally from Flint, Michigan the home of the water crisis. She has performed coast to coast opening for Mad TV Legend, Aries Spiers, Dee Ray Davis and cult sensation Michael Blackson. Big Juicy has performed in every single kind of venue from back yard BBQs to the world famous San Francisco Museum of Modern Art and the Detroit Oprah House. You will know when she gets on stage because positive energy is her fragrance